What makes a smart city different? 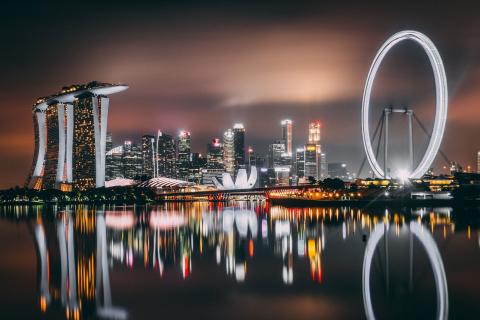 "Smart cities" have been a hot topic recently, as communities worldwide look for new ways to incorporate cutting-edge technology. It's time to end fantasies about what these cities may look like in the future. People all across the globe are instead coming up with creative methods to incorporate intelligent technology into their daily routines.

In the past two to three years, the creation of smart cities has been hailed as one of the most major government infrastructure projects. When it comes to making India "smarter," this strategy has been widely praised. Is it possible to define an intelligent person? And what distinguishes a smart city from any other Indian metropolis? "Smart cities" can only be created by careful urban design, a pleasant work environment, and an adequate utility supply. A smart city's evolution must be broadened for the city to continue to flourish. Defining intelligence isn't a difficult task. There is a lot of speculation regarding how the smart city project will be completed successfully. The city's citizens must get on board with the smart city concept. Smart cities were initially developed in India's existing cities. With the development technique and how we are adopting it, plenty is to be enthused about.

Look at the similarities and differences between a smart city and a conventional city. What distinguishes them most from one another? Are there any specific qualities that make a city "smart"?

It's possible that you'll be taken aback once you learn just how much a smart city can do.

A group of things linked together

You'll see things like buildings, cars, lampposts, trees, garbage cans, and more when you go along a regular city street. When you're in a smart city, you may want to take a closer look at some of these everyday items. The Internet of Things opens the door to various fascinating new possibilities.

Let's take a look at lampposts as an illustration. Typical lamp posts may be seen throughout a city. Contrary to popular belief, in a "smart city," there may be a lot more going on than what initially seems to exist.

In addition to LED light bulbs, a smart lamppost may also be fitted with sensors that can monitor its surroundings and save energy. These sensors can keep track of a broad range of information, such as the presence or absence of pedestrians on the street, and then modify the brightness of the lighting accordingly. Alternatively, it might be used to monitor the quality of the air in a city, which may be of interest to municipal authorities.

Citizens who take an active role in government

From the ground up, a smart city is built by its citizens. They have a direct say in how the city is developed and how it runs. Although public participation is critical to developing a smart city, this contrast between smart and traditional cities is frequently overlooked.

A smart city can adapt to the needs of its residents and evolve with them, as shown by this study.

The city of Detroit recently launched a "smart city" experiment in which it offered kits to young people so that they could collect their own data, such as foot traffic, air quality, and temperature, and then devise solutions to the problems they encountered. In cities worldwide, the same technology is used to measure the structural integrity of buildings. They made it portable so that anybody may use it to help make their city a better place for all its citizens.

In other words, it indicates that individuals can work quickly and flexibly to discover solutions to problems. There is also a sense that real-world concerns may be handled. If they do, local officials in a typical city may not always be aware that a specific situation demands a quick response. A smart city, on the other hand, allows its citizens to be mindful of the issue and provide possible solutions.

A more efficient mode of transportation

If you live in a large city, you may have to wait for the next bus to arrive for a long time, and you won't know when it will arrive. Municipal planners are exercising their best judgment when it comes to deciding which bus routes are needed by the public.

An app on your smartphone or heading to a bus stop with a display showing the most current information will both provide you with the most up-to-date information on the arrival times of buses in a smart city. It will be able to plan bus routes more efficiently by using data gleaned from actual trips taken by real people. A bot may even be used to help people navigate the many modes of transportation accessible to them.

As a consequence, both the efficiency and efficacy of transportation as a whole are enhanced.

It is possible that cities might design more energy-efficient policies and discover areas where they can improve by monitoring data. It might help communities figure out what their citizens are truly up to and then develop better solutions.

The construction of energy-efficient lampposts like the ones we covered before allowed Barcelona to reduce its yearly energy usage by 30% and save 37 million euros annually.

There are times when local governments and administrations find it challenging to manage expenditures, and it may be even more difficult to allocate cash to satisfy all of a city's needs. This is one of the reasons why there are times when local governments and administrations struggle to manage expenditures. Because the technologies that comprise smart cities emphasize effectiveness, a variety of options for cost reduction are available. Because of the use of this technology, a city in California was able to cut its overall water consumption by 20 percent in just one neighborhood.

Data may be used as a resource for local authorities to aid them in determining which concerns are the most pressing. As a result, choices about the organization's budget may be formulated based on the organization's actual requirements rather than depending on informed projections. Some of these technologies, like the one we were awarded for Best Social Care Product, may even be able to make predictions about which regions may at any given point in time be in the greatest need of help.

According to the findings of some studies, local governments may save up to $3.49 off their entire state budget for every $1 spent on IT infrastructure.

These are only a few of the numerous factors that determine the intelligence level possessed by a city. It is evident that both people and governments stand to benefit in several ways from the use of smart city technology in comparison to more traditional city planning. Making a city "smart" is a straightforward procedure that demands a modicum of technological creativity and ingenuity.